(With information compiled from the Grant County Historical Society) 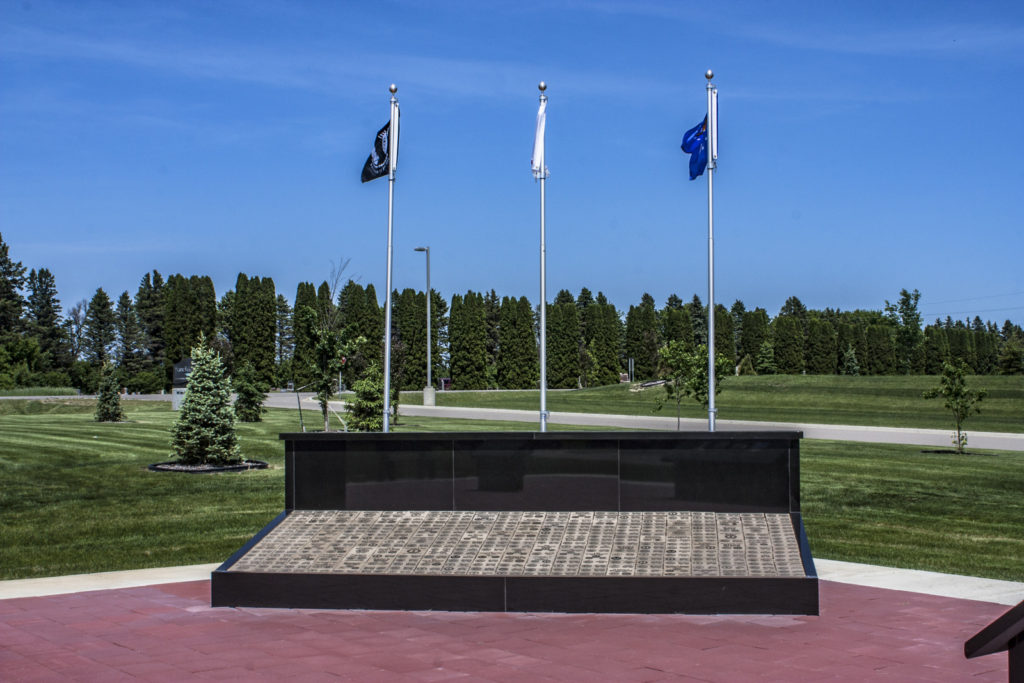 Elbow Lake, Minnesota, is the county seat of Grant County. It is centrally located in the county in Sanford Township. Grant County is bounded by Ottertail County to the north, Douglas County to the east, Stevens County on the south, and Traverse and Wilkin Counties to the West.

Elbow Lake was named after a lake that lies just to the west of the city. It was so named because it is shaped like an arm bent at the elbow. It was in 1873, when the county was organized, that Elbow Lake was named the county seat. At that time Elbow Lake was not yet incorporated and in fact was no more than a small cluster of residences with no commercial enterprise and was served only by existing trails rather than improved roads.

The fact that Elbow Lake was named the county seat was somewhat of a compromise. Three commissioners were appointed by the governor in 1873 to organize the county. They were Henry Sanford, S.S. Frogner, and K.N. Melby. The only two settlements which amounted to anything at the time were Herman, which already had rail service, in the southwestern corner of the county, and Pomme de Terre, in the northeastern corner. Mr. Frogner wanted Herman to be the county seat. Mr. Melby wanted Pomme de Terre. Mr. Sanford was caught in the middle and suggested a more central location as a compromise. It just happened to be that the site chosen was near Mr. Sanford’s homestead. A courthouse was not built until 1878. Until that time the commissioners usually met at Mr. Sanford’s home and county officers did their business out of the homes.

It was not without a fight that Elbow Lake remained the county seat. In 1881, Herman was able to convince the state legislature to name Herman the county seat if residents of the county voted in its favor. In a special election, it appeared that Herman had won. Although the vote was being appealed, a group from Herman raided the courthouse in Elbow Lake and took all the records to Herman. A court house had been quickly erected there. When an investigation found that a number if ineligible votes had been cast in the Herman area and that the votes of one of the northeastern townships had not been counted at all, the final vote was overturned and Elbow Lake was again declared the county seat. A number of men from the Elbow Lake area in turn raided the Herman courthouse one night, returning all the records to Elbow Lake. 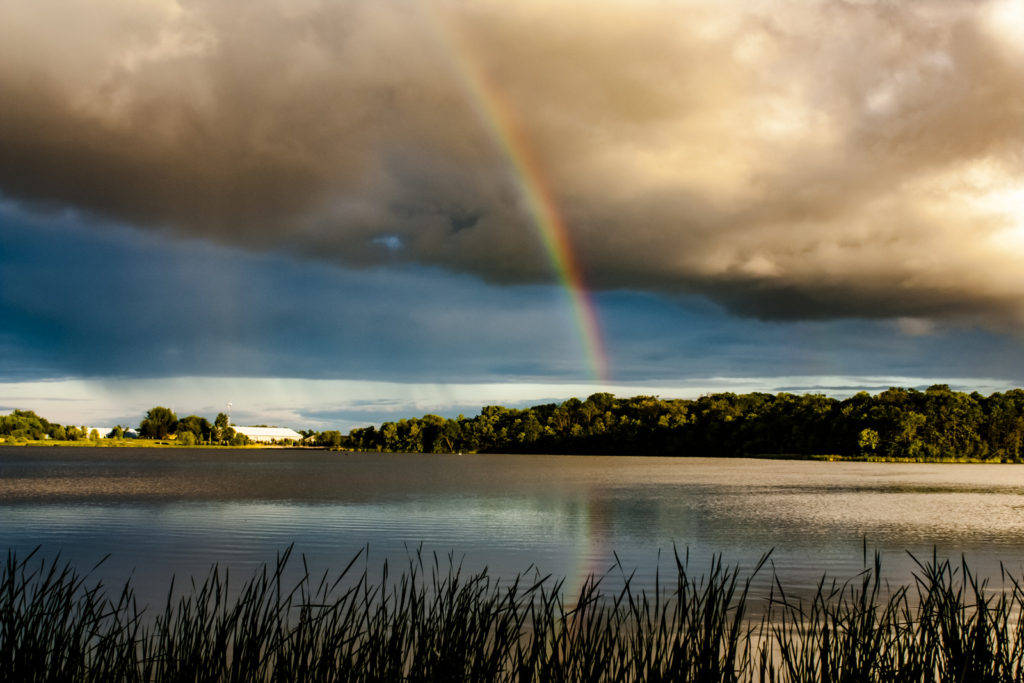 The current courthouse was built in 1905-1906 of Portwing Brownstone and other materials native to Minnesota. It is prominently located at the head of the main street (Central Avenue) at the intersection of Minnesota highways 79 and 55 and U.S. Highway 59. It is the most architecturally impressive structure in Grant County and probably one of the most impressive courthouses in the state of Minnesota. It has been placed on the National Register of Historic Places. Recently during a renovation, several murals were discovered and restored and have only added to the beauty of the building.

Henry F Sanford, previously mentioned, was the first permanent resident of Grant County. He first came to the county in 1863 as a member of Hatch’s battalion stationed at Fort Pomme De Terre. He returned to homestead in 1868. Sanford Township was named after him.

Although Elbow Lake was now permanently the county seat, it was still just a fledgling village. It was not until 1884 that it had its first commercial enterprise, a combination saloon and boarding house. That was followed closely by a general store in the same year. In 1885 the population was only about 50 residents. Then in June 1886 the Manitoba & Pacific Railway Company announced that its railway would be extended to Elbow Lake and beyond. The Great Northern Railway also decided to build a line that would pass within one mile of the village that same year. This was a real boon for the village and by July 1887 the population had quadrupled to 244 people and several new businesses were established. The village was plotted in 1886 and officially incorporated on August 30, 1887.

Many of the early settlers to this area were Scandinavians and two things were of utmost importance to them and their family life. These things were religion and education. As soon as enough families had settled in an area, schools and religious services were organized. The first school to be organized in what would later become the Elbow Lake District 5. It originally encompassed all of Sanford Township and part of Elbow Lake Township. The first classes were held in 1874 at the home of Ole Fletcher in Elbow Lake Township. Alice Heald was the first teacher and there were 4 students. One hundred dollars had been allotted to cover expenses including the teacher’s salary.

The district’s first school house was built in 1883 on land about one mile west of Elbow Lake in Sanford Township. In 1887 a school was finally built in Elbow Lake proper. It had two rooms and was two stories. In 1892 an addition doubled the size of the school. This building is still in use today and has had several additions made to it. Major additions included an elementary wing in 1954 and a gymnasium/library/classroom addition in 1967. 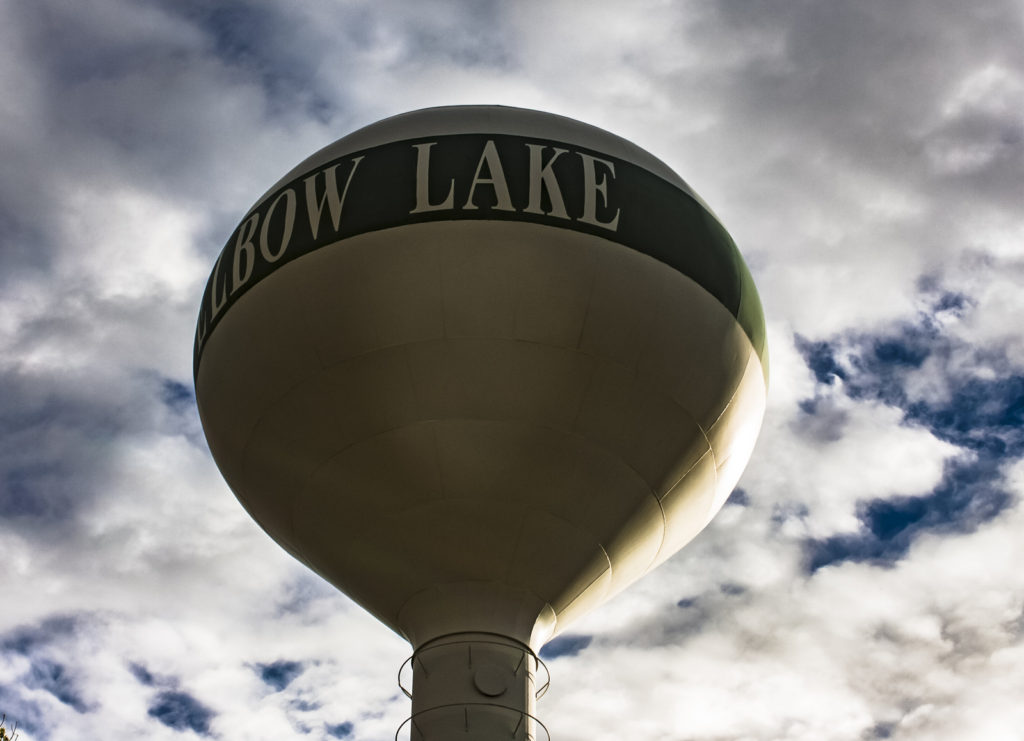 As mentioned earlier, religion was also important to the early settlers. Services conducted by traveling ministers were first held in settler’s homes. Later services were held in the school or courthouse. The predominant faith of the early settlers was Lutheran. Reverend Gullik Erdahl was one of the first Lutheran pastors in the area. He helped organize many of the Lutheran parishes in the county and also served any of them. The First Lutheran Church, also called Ness Lutheran, was the first congregation to erect a church in Elbow Lake. It was completed in 1889.

The business economy of Elbow Lake has always been dependent on the farm economy for this is a farming community. For more information on the history of the Elbow Lake business community, please refer to a book entitled “Elbow Lake: The First Hundred Years”. This book was prepared for Elbow Lake’s centennial in 1987 and is available through the Thorson Memorial Library.

A few key highlights are:

Elbow Lake’s newspaper, The Grant County Herald, was founded in Herman in 1879. It was moved to Elbow Lake by then editor A.C. Belyea in 1887 and continues to serve as Grant County’s major newspaper. Following Mr. Belyea’s death, the Herald was purchased by W.H. Goetzinger. He served as its editor for many years, served as Judge of Probate for the county for about 50 years and founded the Grant County Historical Society in 1944.

Elbow Lake’s first bank, the Bank of Elbow Lake, was founded in 1887 by Harold Thorson. The First National bank was opened in 1891.

Elbow Lake’s volunteer fire department was founded in 1893, after the first major fire in the village.

A community building was completed in 1934. This building has been used for offices and community gatherings and is listed on the National Register of Historic places. It was made possible by a large donation gift to the village by prominent attorney E.J. Scofield in his will. The building was named in memory of his beloved wife, Anna Scofield. Also contained in this building is the Thorson Memorial Library. Mr. Thorson, who as noted earlier was the village’s first banker, left a large sum to the village to be used to establish a public library.

In 1973, Elbow Lake formed a Sister City Organization. Elbow Lake’s Sister City is Flekkefjord, Norway. Worm Lake, which surrounds Elbow Lake, was later renamed Flekkefjord Lake in honor of its Sister City. Beginning in August of 1977, Elbow Lake has held an annual celebration called “Flekkefest”. It is held the first weekend in August and many of its events reflect the predominantly Scandinavian ancestry of the community.